A downloadable game for Windows, macOS, and Linux

It's a minigame to slay a dragon!

OK that it was made for a game jam; OK that it's supposed to last no more than 20 seconds; but it makes you rage quit after 2! I only managed (only one time!) to take about half of the dragon's health, but it's almost impossible to avoid those fangs for more than 2 attacks!
It's not a matter of skills. It's just a matter of luck! I'd like to see the developer playing and finishing the game (without cheating, of course). This game really needs to be polished a little bit (making the player move faster, making the fangs on the non-attacking arm not hurt the player, etc.), so that if the player loses he can blame his skills and not the game or the coder.

Glad you tried my minigame and gave a review :)
I tend to make games with hard difficulty that's enjoyable for me, so sorry it didn't meet your expectations
It takes practice, but you can consistently kill the dragon with the right timing and movement, here's how I do it

Thank you for replying and for making the video I requested. I tried to play again trying to do exactly what you do: I rage quit after 5 minutes. It really needs a very tight timing, because even if your big tow touches a claw you're dead.
I'm sorry, but I definetely don't want to practice anymore. I think you should make games that everyone can enjoy, not just you, but of course it's your choice.

How do I damage the damn thing?

You got to hit the head. Best time to do it is after it slams into the ground 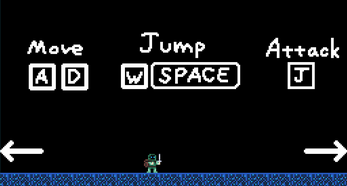 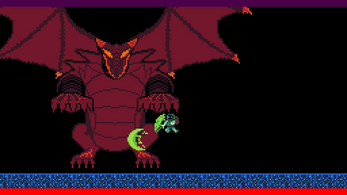